Marble Lines is one of my oldest games. It is based on a type of puzzle game that was once very popular – you move around colorful stones to make lines of 5 or more stones. For some reason it didn’t get much traction at the time, so I just forgot about updating it for a long time. Now I decided to give it a bit of a refresh.

It was fun to get back to it, notice what I did wrong, correct some flaws. I was actually a bit surprised how fun it was – maybe it deserves a bit more love that it got. It still has almost 300 loyal users, so I hope they enjoy the update, maybe it will be able to reach a wider audience now.

The biggest change I made was adding a second music track – electronic, ambient music that you can listen to here:

Much better than I had before. I’ve learned a bit since then, and got better synths for my mini music studio, so there is that.

When it comes to graphics I have to admit I expected the worst. It didn’t look that great on the screenshots I remembered, and I was expecting the graphics to be low resolution blurry mess. Turns out it was actually quite fine and there wasn’t much that I had to fix to get it to work and be enjoyable. I already had it made with very high resolution in mind, so it looks very sharp even on the newest 2.5k phone screens.

Anyway, here are some screenshots – the new version should behave better on various aspect rations, and hell, we have a lot of those now, don’t we? Fromo 4:3 to 18:9… 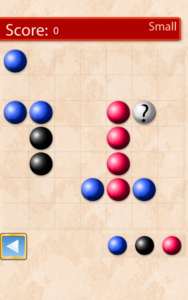 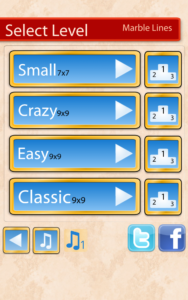 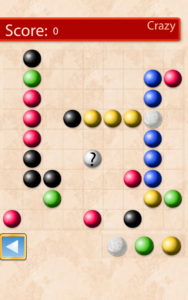 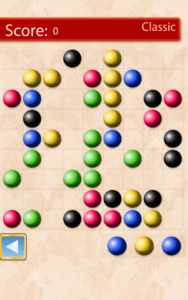 From a programming side of things, the biggest let down was that all the elements were placed on the screen in code, by using set coordinates. Today I use Inkscape as a UI and level editor, which makes things much easier. Hope you enjoy the game if you decide to give it a try. Lines games were pretty addictive back in the days – in some configuration, when you paid attention you could play for hours, since you could be clearing the stage faster than it was filling up. In Marble Lines it is possible at least in the Easy mode.